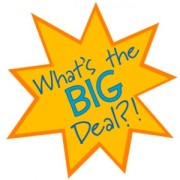 A debatable matter is an area of behavior, doctrine or tradition on which Christians disagree because a specific biblical absolute does not address it. A matter of personal preference not divine command. These matters belong to the category of Christian freedom or liberty.

When a behavior, doctrine or tradition is not addressed in Scripture by a specific moral absolute either commanding or forbidding action, it belongs to a category of freedom. In areas of freedom, Christians are encouraged to establish their own convictions but are not permitted to judge or ridicule others who do not share their conviction (Romans 14:3).

Two Groups found in most Churches:

Weak in faith: Faith is used with reference to convictions about what they believed the faith forbids and what it allows. They are not weak in character but in conscience.

Romans 14:1-3: “Accept him whose faith is weak, without passing judgment on disputable matters. One man’s faith allows him to eat everything, but another man, whose faith is weak, eats only vegetables. The man who eats everything must not look down on him who does not, and the man who does not eat everything must not condemn the man who does, for God has accepted him.” Romans 15:1: “We who are strong ought to bear with the failings of the weak and not to please ourselves.”

How to relate in unity with those who do not share your convictions:

Believers are free to establish their own conviction in areas of freedom, but they are clearly not permitted to condemn those who do not share their opinions. If God has not specifically addressed a behavior, custom, activity, or doctrine, we are not allowed to manipulate biblical data to suggest that God has been specific on the matter.

On the other hand, a believer is clearly not permitted to ridicule or look down on other believers who feel constrained in areas of freedom. These are required attitudes that must become matters of accountability in our Churches and fellowship groups.

Consider the general command, “Be not conformed to the world” (Romans 12:2).  How can we identify the activities or practices that violate this standard? A church in our area answers the question by offering detailed requirements in their “Rules & Discipline” document. Consider their applications:

Inasmuch as our automobiles, as well as all our possessions, are gifts from God, they should be in keeping with Biblical modesty and separation, and the use of them should always glorify God.  The more expensive cars, cars with contrasting colors, sports cars as well as sports features on regular cars, and all striped tires, shall be avoided.

The appearance and use of all our vehicles shall be consistent with these principles and regulations. Because of the effectiveness of the radio to propagate evil and increased end time deception, thereby destroying true spirituality in the home and church, its use is not permitted.  Because of the evils of television, those who are responsible for the sale or use of the same forfeit their membership. Video cassette recorder (VCR) entertainment systems shall not be used.  We likewise sense the dangers of the news media such as daily papers and magazines in the home (Psalm 101:3; Psalm 1:2).”

According to these standards, most confessing Christians are living in conformity to the world and violating the command of Romans 12:2.

I’ve read this list in many places and I’ve always heard a distinct laughter of surprise and incredulity from the crowd. It’s possible that you consider this list ridiculous. Yet it’s not any more ridiculous to them than your list is to you.

Based on Romans 14:3b-13a, these believers are permitted to set for themselves standards but they are not to force others to conform to them. If one chooses to be part of their group, he should live by the house-rules of the group. But if believers at this fellowship use their list of rules to condemned others, they would be violating the teaching of the apostle.

House rules or Rules of order

An exception to the general teaching on debatable matters applies to those under authority (children under parents, citizens under governors, and members of organizations or institutions). I call these exceptions “house-rules” or “rules of order.” These are rules regarding behaviors belonging to the category of debatable matters. For those under authority, unless they are being ordered to do things that disobey God, they are responsible to submit to the rules. Children, for example, must obey their parents’ rules– even on debatable matters. College students must abide by the rules of their institution even if such rules are not specifically addressed in Scripture. Societies and governments sometimes establish rules of order in areas not specifically addressed in Scripture. Since believers must submit to governing authorities (unless they are being asked to disobey to God), they must obey the laws— even on debatable matters. But in such cases, it’s wise to distinguish these standards from explicit commands of God.

Groups of believers (like families) are permitted to establish in-house rules. But they are not permitted to judge the spirituality of other believers unless their standards are explicitly required by God. If parents set standards for their homes in areas where the Bible doesn’t explicitly speak (as they should), their children are commanded to obey their parents (Ephesians 6:1). Other families in the Church (who do not share their convictions) should not ridicule them. And more conservative families should not condemn others for exercising their freedoms on debatable matters.

We need to teach our children the required attitudes of Romans 14:3 to protect them from becoming Pharisees in the making.

Does this make you feel uncomfortable?

Some Christians feel uncomfortable with the fact that certain behaviors and activities are “permitted or left to free and responsible judgment according to the best of our knowledge and conscience.” Desiring simplicity and security, these believers want everything to be understood as clearly commanded or clearly forbidden. They want everything to be labeled right or wrong.

If God has not given specific instruction on an issue, they will put an interpretive twist on a more general command to make it a matter of right or wrong. These same people also mistakenly believe that the only way to maintain unity in the church is to offer detailed legislation on each debatable issue. But this is artificial and superficial unity which ultimately ends up destroying the fellowship and influence of a church.

“Part of God’s design for the church is that it should successfully manifest unity in diversity. It was His intent that people with divergent personalities, nationalities, gifts, abilities, tastes, and backgrounds should become unified in Christ without sacrificing personal distinctiveness (1 Corinthians 12:12-27; Colossians 3:11).”

“Accordingly, God does not view differences of opinion in the area of freedom as a bad thing. The inevitability of such variance of thought is not seen as a flaw in an otherwise beautiful plan. It rather represents one more situation in which the supernatural character of the church, and its observable distinctiveness as a living organism, may be manifested before the world (John 13:35; 17:20-21).”

“What God desires, then, is not uniformity of opinion but unity of relationship (Romans 15:5-7). And so, instead of trying to eliminate divergence of opinion, the Holy Spirit has given specific instructions to guide our response to it.” (Dr. Garry Friesen, Decision Making and the Will of God)

“On the one hand, there is the Christian who relishes his freedom and appreciates his direct accountability to God.  He basically ignores the opinions of others, and lets the chips fall where they may.  If others get offended by his enjoyment of Christian liberty, that’s their problem.”

“The other extreme is represented by the sensitive saint who values his position in the body of Christ.  Recognizing his accountability to the other members of the body, he bends over backwards to keep from violating anyone’s convictions.  If he bends over far enough for long enough, he eventually discovers that he cannot move at all.  Most Christians recognize instinctively that neither of these two extremes is appropriate.  We cannot ignore our differences; neither can we be immobilized by them.”  (Ibid. Garry Friesen)

In areas of freedom, we need to respect each other and do our best to honor and support efforts others make to live godly lives. We must never try to force believers to conform to our standards on debatable matters, but work together to do all things to the glory of God.

For the sake of the gospel, we must take the more challenging path and relate to one another harmoniously—with our differences.  We are called to be slow to judge in less defined areas (and at times we must refuse to act as judge). We are taught by Jesus to be slow to take offense and always ready for reconciliation.

Just another worker in God's field.
View all posts by Wisdomforlife →
This entry was posted in Accountability, Antagonists, Church discipline, Debatable Matters, Guidelines for living, Judging others, Legalism, Unity. Bookmark the permalink.