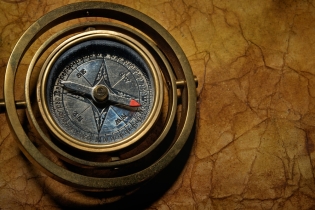 Jesus set the example of servant-leadership but be careful not to misunderstand what He intended.

One particular disagreement repeatedly resurfaced among the early followers of Jesus. It was an argument (in their way of thinking) that related to leadership.

“Then they began to argue among themselves about who would be the greatest among them.” (Luke 22:24).

Jesus often challenged the thinking of His disciples concerning leadership. Consider His response to their dispute about greatness.

Jesus modeled servant leadership. But this approach should never be used to empty leadership of authority. Neither Jesus, nor the apostles, exercised leadership as a “one-toned” role. The need for different tones and displays of authority is quite clear.

For example, the apostle Paul offered the Corinthians an option, “Do you desire that I come to you with a rod or with love and a spirit of gentleness?” (1 Corinthians 4:21)

Those in church leadership are commanded to “preach the Word, reprove, rebuke, and exhort with great patience and instruction” (1 Tim. 4:2).

Paul wrote to Titus about certain men who were rebellious deceivers: “who must be silenced because they are upsetting whole families teaching things they should not teach, for the sake of sordid gain.” Paul said, “Reprove them severely that they may be sound in the faith” (Titus 1:10-13).

Later Paul exhorted Titus, “These things speak and exhort, reprove with all authority. Let no one disregard you.”

Let’s not make the mistake of thinking that servant-leadership empties leadership of authority. Jesus is more concerned about the motives of the heart regarding leadership.

Be careful not to make more of Jesus’ words than intended.

Jesus obviously had no problem with positions of leadership. Nor did He insist that there be no leadership among His people. Instead He desired to teach His followers to resist the pride and egoism loved by many leaders.

Servant leadership is the model both required and exemplified by Jesus. Yet this does not mean that Jesus did not exercise authority. He did and sometimes firmly. And He expects the same from those He places in leadership over His people. This is equally evident in the lives of the Apostles.

Yet Jesus’ words, however, are a good reminder to be careful about elevating any man too highly.

“Dear brothers and sisters, honor those who are your leaders in the Lord’s work….Show them great respect and wholehearted love because of their work” (I Thessalonians 5:12-13).

“As a fellow elder, I appeal to you: Care for the flock that God has entrusted to you. Watch over it willingly, not grudgingly—not for what you will get out of it, but because you are eager to serve God. Don’t lord it over the people assigned to your care, but lead them by your own good example. And when the Great Shepherd appears, you will receive a crown of never-ending glory and honor. In the same way, you who are younger must accept the authority of the elders. And all of you, dress yourselves in humility as you relate to one another, for God opposes the proud
but gives grace to the humble” (I Peter 5:1-5).

“For the Lord’s sake, submit to all human authority—whether the king as head of state, or the officials he has appointed. For the king has sent them to punish those who do wrong and to honor those who do right….Respect everyone, and love the family of believers. Fear God, and respect the king” (I Peter 2:13-14,17).

Just another worker in God's field.
View all posts by Wisdomforlife →
This entry was posted in Authority, Call to ministry, Calling, Church Leadership, Elders, elders in the Church, Emerging Leaders, Leadership, Life of a pastor, Pastors and tagged Jesus on leadership, leadership in the church. elders, Servant-leadership. Bookmark the permalink.