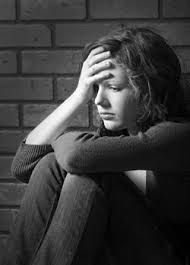 She forced herself to appear cheerful as she struggled on the inside. Life did not feel happy but suffering in silence, shame and confusion seemed to be her only option.

This is the story of a university student who attended our Church. She always appeared happy and eager to participate in Church activities. Yet inwardly she battled fear, confusion and depression.

As she increasingly felt like she was losing control, hesitantly, she chose to talk to me about her struggles .

She finally gained the courage to tell me a story that she had kept to herself for many years. She had been sexually molested by a family member when she was a little girl and, to my surprise, I was the first person to hear her painful story.

This began a challenging yet essential path to healing and rebuilding her life. Gratefully, she is now doing well and able to help others facing similar circumstances.

A time to learn

Several years before this encounter, I was taking a graduate course in pastoral psychology and I impatiently asked myself, “Why do we have to spend a whole section on sexual abuse?” We even had to read a book about it and listen to a guest lecturer. Although I knew little about the subject, I didn’t expect to encounter very often. I was very wrong — and very humbled by God’s grace in equipping an impatient pastor.

Over the next couple of decades, I counseled more people dealing with a history of sexual abuse than I ever imagined. I’ve also repeatedly recommended the book I was assigned in the class. I remain humbled by the kindness of God to equip me to help those struggling to overcome the life-debilitating effects of sexual abuse.

During my graduate class, my eyes were opened to a world of darkness that holds many victims in silent pain. The more we learned about the issue, the more my heart grew heavy for the victims of such evil.

Most of my counseling has focused on those who were sexually abused as children by family members. They come to me as adults who are struggling to live normal lives. They battle feelings of helplessness and hopelessness.

Since their abuse included manipulation and force, they long to feel a sense of security and control. They often substitute excessive and controllable behaviors to feel a sense of normalcy. Extreme exercise and dieting are two examples. Yet they easily spiral out of a sense of control. Inability to function and overall lack of motivation can inexplicably grip them.

It’s not unusual for survivors to experience significant loneliness, loss of appetite and need for unusual amounts of sleep. Mood swings plague those battling the grip of sexual abuse. Unusual gregariousness can give way to unexplainable depression and crying. Other waves of emotion include self-hatred, panic attacks, irrational phobias, guilt, shame, overall sense of humiliation, unexplainable anger and rage, lack of normality and a feeling of being trapped.

Survivors of sexual abuse sometimes turn to other forms of abuse to escape their pain. Obsessive behaviors rang from alcohol and drug abuse to sexual addictions and promiscuity. Sometimes victims engage in self-mutilation and battle suicidal thoughts.

Without help from a caring friend, most victims don’t recognize how badly they’ve been affected. They tend to suppress the past to survive in the present. Victims often conceal their pain and keep others at a distance. Relationships don’t come easily to these adults. Trust, one of main chords of healthy relating, feels out of reach because of their experience of betrayal. Yet they long for close relationships as much as they fear them. They fear that allowing someone to become a caring friend will cause suppressed feelings to emerge. Vulnerability is risky but necessary for gaining freedom.

Those who enter marriage relationships without first addressing their history of sexual abuse rarely do well. To flourish in marriage requires vulnerability, transparency and trust — painfully difficult qualities for victims of sexual abuse. Marriage can also provide a helpful context for recovery and renewal through the love and devotion of a spouse. But it typically requires assistance from a wise counselor.

The person who marries a victim of sexual abuse is often surprised by the effects of the abuse. It’s not uncommon for the mate of a victim to feel frustrated, confused and helpless. Making matters worse, they typically interpret the behavior of the victim as a personal affront when they don’t know the source. When victims put up walls or shut down their emotions, their mates often interpret it as rejection or personal failure.

The intimacy and closeness of marriage requires a level of vulnerability survivors feel unable to give. Adults who are victims of child sexual abuse must seek wise counsel if they want to enjoy healthy relationships.

The only thing we can change about the past is how we allow it to effect us in the future. One victim of abuse expressed her pursuit of freedom as a refusal to tie her soul to her abuser. As hard as it will be, victims must courageously acknowledge their pain and confront their past.

The path to freedom requires dealing with the past but the most formidable obstacle is often fear. Those who have been abused should remember that they have been victimized by the evil actions of others. They must reject self-blame and all blame that others try to project on to them. Although difficult, they must reject the powerful emotions of shame, guilt and fear that hold them in bondage.

The book I was assigned to read, “A Door of Hope: Recognizing and Resolving the pains of Your Past” by Jan Frank, emphasizes the importance of confronting your past. As Jan Frank explains, this must also involve some form of confrontation of the abuser. After counseling others through this painfully necessary process, I know with certainty that the freedom awaiting the victim is worth the challenge of confronting the past.

Relating to God is another difficultly for victims of sexual abuse. “How can I trust God if He didn’t protect me when I was vulnerable?” they ask. It is hard to fully understand how God’s control relates to the evil actions of people. And these kinds of questions mixed with feelings of worthlessness and anger combine to obstruct faith in God. Such hesitations and struggles must not be treated lightly. Scripture reminds us to “be merciful to those who doubt” (Jude 22).

Adult survivors of childhood sexual abuse need merciful and wise guidance to help them in their struggle to trust God. They especially need help to understand the difference between forgiveness of their offender and reconciliation. See here.

Many others (like the student who entered my office) have walked this path. It is possible to know the joy of freedom from bondage to a painful past.

4 Responses to Suffering in silence