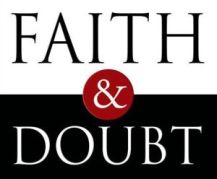 At the vulnerable age of seventeen, (at the hands of his very own brothers), Joseph was ripped from his family and sold into slavery.

“So when Joseph came to his brothers, they stripped him of his robe… and they took him and threw him into the well. The well was empty; there was no water in it… Judah said to his brothers, “What will we gain if we kill our brother and cover up his blood? Come, let’s sell him to the Ishmaelites and not lay our hands on him; after all, he is our brother, our own flesh and blood.” His brothers agreed” (Genesis 37:23-27).

We can be sure that slavery to the Ishmaelites was no picnic. Separated from his home and parents at such a young age, Joseph was thrown into a life of uncertainty, loneliness and severe hardship.

Joseph’s brothers then lied to their father about his disappearance.

“They got Joseph’s robe, slaughtered a goat and dipped the robe in the blood. They took the robe back to their father and said, ‘We found this. Examine it to see whether it is your son’s robe.’ He recognized it and said, ‘It is my son’s robe! Some ferocious animal has devoured him. Joseph has surely been torn to pieces.’ Then Jacob tore his clothes, and mourned for his son many days. All his sons and daughters came to comfort him, but he refused to be comforted. ‘No,’ he said, ‘in mourning will I go down to the grave to my son.’ So his father wept for him. Meanwhile, the Midianites sold Joseph in Egypt to Potiphar, one of Pharaoh’s officials, the captain of the guard” (Genesis 37:31-36).

In a casual stroke of the historian’s pen, we learn that, “Meanwhile the Midianites sold Joseph in Egypt to Potiphar, one of Pharaoh’s officials, the captain of the guard.”

From one human owner to another, Joseph’s life appears to be defined by the evil actions of his envious and hateful brothers.

During these dark days, do you think Joseph missed his home and his father? Did he pray for release and an opportunity to go home? Of course he did. But, as the years passed, so many experiences would be lost and never regained.

But far from family and all that was familiar, Joseph maintained his faith in God, his care for others and an amazingly deep personal integrity.

These should have been some of the best years of life. When youth merges with adulthood, career, marriage and family, the blessings should be multiplied as they are shared with extended family. Joseph, however, would be deprived of these experiences.

It isn’t difficult to imagine Joseph’s heartache from missing all those years with his family.

Loss is one of the hardest human experiences.

Did he resolve matters with God through many dark nights of the soul? We know Joseph’s father wept and mourned for his son many days and refused to be comforted” (Genesis 37:34). No doubt, Joseph also wept and prayed — pouring his broken heart out to God (we see his deep emotion at the time of his reunion with his brothers).

Did God meet him as “the Father of compassion and the God of all comfort, who comforts us in all our troubles”? (II Corinthians 1:3,4). Repeatedly we are reminded of God’s presence with Joseph.

There is no way to regain lost years. As those years passed, Joseph’s heart could have easily grown bitter or turned to a sense of futility and despair.

In this world, it doesn’t take long to collect your share of losses. Have you ever felt tempted to add up your losses?

Although blessed in many ways, I have had my share of setbacks and trials. I have also walked closely with many who have suffered more intensely than me.

When the sun stays hidden for years, the mind easily wanders into a tunnel of despair and the heart can slowly turn to resentment and bitterness. One person, describing such an experience said, “If you could lick my heart, it would poison you.”

When setbacks and losses multiply, the optimism of youth easily becomes the pessimism and despair of age. We must fight against this drift into discouragement and despair. I am reminded of an exhortation given by a good friend:

“We need to stop wasting God’s time rehearsing our pain and start leveraging the opportunities before us.” (Crawford Lorrits)

Joseph’s story will help us find our way out of the tunnel. He will teach us how to respond when it feels like the Sun stays hidden for years. He will guide us away from the bitterness that poisons hearts and destroys lives. As you follow Joseph life through all five scenes, you will be personally encouraged and better equipped to help others navigate the losses of life in a fallen world.

Just another worker in God's field.
View all posts by Wisdomforlife →
This entry was posted in Bitterness, Broken Relationships, Crawford Loritts, God's Will, Joseph's story, Loss. Bookmark the permalink.