Why did God give us marriage? 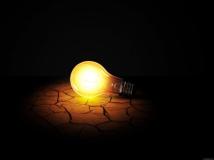 We (especially in the west) tend to view marriage as a means of personal fulfillment.

Truth – We cannot do well in the relationship of marriage if we hold the wrong view of marriage.

Marriage is God’s gift to humans to bring completion to the first man by providing complimentary female companionship for him.

The original plan assumes the necessity of individuality and uniqueness in husband and wife for the completion of oneness.

Since the first man was incomplete without the woman, she evidently brought special qualities to their relationship that must not disappear into his dominance.

If a husband behaves toward his wife in a way that causes her to disappear in to his dominance, he threatens the complimentary intention of the Creator. He hurts himself and his wife.

When a wife suppresses her identity under a dominant husband, she deprives their lives of the gifts and strengths God intends for her to bring to the relationship.

Sometimes women make this mistake based on misguided understandings of headship and submission. Trying to be “the submissive Christian wife,” these women violate the original design by not being the complementary completion God intended.

Leaving, united and one flesh

As originally designed, it is meant to be an exclusive (leaving) and permanent (cleaving/be united), one-flesh union.

One-flesh union in marriage is more than two bodies uniting. It’s a person-to-person fusion of two lives — celebrated by physical union. The physical union is the consummation of a God-formed bond. Physical union alone does not constitute a marriage nor necessitate one.

We learn from Jesus that marriage is intended as a life-long relationship (what God has joined together, let man not separate).

Brides and bridegrooms honor the teaching of our Lord when they solemnly promise to love, honor and cherish, and remain faithful to each other for better or worse, for richer or poorer, in sickness and in health, until death separates them.

Equality is reflected in the first marriage as the man and woman were created in the image of God and given co-regency over the created order (Genesis 1:26-28).

Marriage is a covenant of companionship between two spiritually equal human beings who are in Christ (Galatians 3:26-28).

Yet equality does not eliminate roles in a marriage relationship. Nor do roles in marriage diminish the call to mutual love and respect.

Husbands are commanded to love their wives as Christ loved the church. Cultural limitations or biases should not be placed on this command any more than on the command for wives to respect their husbands.

Just another worker in God's field.
View all posts by Wisdomforlife →
This entry was posted in Choosing a mate, Dating, Divorce, Engagement, Marital Separation, Marriage, Relationships, Wisdom and tagged Divorce, Meaning of marriage, purpose of marriage. Bookmark the permalink.

6 Responses to Why did God give us marriage?