We all need a political reality check 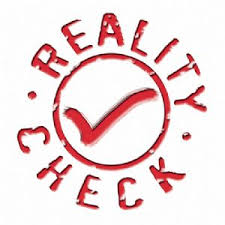 Many times I find myself wishing that I could take President Obama at his word. Of course the same could be said of many politicians but Obama so often presents himself as such a likable guy. He’s definitely a gifted orator. His words about togetherness flowed like honey in his inaugural address. Who (in times like these) wouldn’t feel moved by such a speech? And I truly sympathize with the monumental task of being president. Anyone in such a position will be harshly and unjustly criticized. I often pray for the president and his family.

But, as much as I’d like to believe in the words of the president, it saddens me to agree with those who warn that Obama is a smooth talker who uses words to deceive people. The difficulty with not accepting this warning is the President’s record.

There’s no escaping the fact that Obama is a passionate and divisive partisan ideologue. He’s driven (defiantly at times) by an agenda to bring America under a liberal view of big government. “In the weeks after his re-election, Obama displayed enormous and impressive energy as he moved to break the Republican Party,” Matthew Continetti noted on The Washington Free Beacon on Jan. 18. “He pressed the GOP on every front, including tax increases, the debt ceiling, gun control, an immigration plan that includes amnesty for illegal migrants, and nominating for secretary of defense a Republican dove who, unlike every other prospective cabinet member, is eager to whittle down his department.”

All politicians are guilty of partisanship but Obama relentlessly promotes himself as a unifying leader. He wants us to view him as a leader who cares about what the people want. Yet he aggressively imposes his social agenda on the country while being unmoved by the fact that almost half of the voters voted against him.

The President’s determination to socially restructure America unfolded like an outline in his second inaugural. At times his language was coded in ways that some would miss, but I agree with columnist, Charles Krauthammer who described the address as “an ode to big government.” This was Obama’s moment for declaring his intention on “expanding liberalism’s agenda for climate change, gun control, immigration, and gay rights. He outlined the liberal agenda, the big government agenda in the future,” Krauthammer said.

Don’t miss how he contrasted America’s original dream of “all men are created equal” with “the privileges of a few.” After admirable words about working together, he turned to his economic agenda in saying, “our country cannot succeed when a shrinking few do very well and a growing many barely make it.” Clearly Obama is interested in a version of equality based in notions of financial redistribution – a philosophy that is taking us into economic ruin.

But before being too hard on the president for being a champion of the welfare state, all blame cannot be laid on him. The American people have increasingly and naively looked to the federal government as their big daddy.

Our future will be determined not so much by a single president as by the choices of an electorate. Will we continue to hand freedoms over to government? Do we really want a welfare state? Let’s vote for politicians who won’t use our money to appear compassionate.

Let’s remember that the only way government gives you anything is by taking it from taxpayers. Try changing the way you talk about government. Each time you say, “The government should pay for…” instead say, “You and I should pay for…” Perhaps this will lead us back into reality.

1 Response to We all need a political reality check