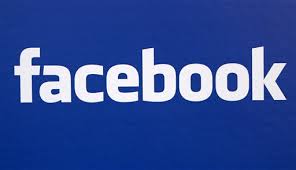 While speaking at a conference, a pastor asked if he could talk with me about a heartbreaking situation in his Church. It was a large Church and he was one of the main leaders. With a heavy heart, he told me how the founding and senior pastor left the Church and separated from his wife. It began through Facebook as he reconnected with a woman he knew from college and started a relationship with her.

Perhaps their Facebook connection started casually as they shared updates on their lives. No doubt a few photos facilitated visual connections and soon the conversations became intimate. Maybe he was frustrated in his marriage and began to share his feelings with his friend from the past. Soon excuses were being made to travel to the State where she lived and an illicit relationship formed.

Meanwhile back at the Church, the pastor began to show signs of stress and physical depletion. The board suggested a sabbatical since he had served for many years. He accepted. But shortly into his time away, he made his confession to the leaders and to his wife and children. He then moved away to be with his old friend, leaving his family and Church reeling in shock. Sadly, this was not the first Facebook affair I’ve heard about but it brings up an important question.

Before using social media, offer this prayer: “May the words of my mouth (or my fingers on the keys) and the meditation of my heart (or the photos I post) be pleasing in your sight, O Lord, my Rock and my Redeemer” (Psalm 19:14).