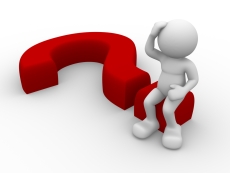 Ready to learn some new words?

Are you familiar with the terms “Hypostatic union” and “Kenosis”?

What do these words mean and how do they relate to each other and to daily life?

The truths wrapped-up in these terms should lead us to praise our great Savior. But they should also transform all our relationships!

WARNING – Be prepared to think deeply!

Scripture presents the inescapable truth that God exists in tri-unity. Yes, there is only one God, but He exists as three eternal persons identified as the Father, the Son, and the Holy Spirit.

When the second person of the triune God (the Son) took on humanity, he was known as Jesus of Nazareth. This involved a miraculous union of two complete natures — one fully human and one fully divine. The technical term used to explain this miracle is “Hypostatic union.”

According to the witness of the primary historical account of his life, Jesus of Nazareth cannot be merely human. Unlike other human beings, Jesus is fully human without being merely human (see: Colossians 2:9). A miraculous union of full deity and perfect humanity took place in the person of Jesus Christ when he entered the womb of Mary. Based on the evidence, the Church fathers concluded that:

When one considers what is written about Jesus and what he said, terms like hypostatic union become necessary for explaining him.

Consider these words identifying Jesus as the Word:

“In the beginning was the Word, and the Word was with God, and the Word was God. He was with God in the beginning. Through him all things were made; without him nothing was made that has been made. In him was life, and that life was the light of all mankind.” Verse 14 “The Word became flesh and made his dwelling among us. We have seen his glory, the glory of the one and only Son, who came from the Father, full of grace and truth.” In his prayer to God the Father, Jesus said, “And now, Father, glorify me in your presence with the glory I had with you before the world began” (John 1:1-4, 14; 17:5).

Kenosis – Kenosis is a word used to describe the self-giving love of Jesus in “emptying himself.” In the act of God that brought about the hypostatic union of Jesus, we begin to understand the kenosis of Jesus. It is translated this way in Philippians 2:7

“Have this attitude in yourselves which was also in Christ Jesus, who, although He existed in the form of God, did not regard equality with God a thing to be grasped, but “emptied Himself” (heauton ekenosen), taking the form of a bond-servant, and being made in the likeness of men. Being found in appearance as a man, He humbled Himself by becoming obedient to the point of death, even death on a cross.”

Others translate the word “made himself nothing” (NIV) or “gave up his divine privileges” (NLT).  This act of Jesus is not about subtracting something from himself but adding something – “taking the form of a bond-servant, and being made in the likeness of men.”

In uniting humanity with diety (hypostatic union), Jesus “emptied himself” “made himself nothing” (kenosis) – by “taking of the form of a servant” and “being made in the likeness of men” and “humbling himself by becoming obedient to the point of death.”

Clearly, Jesus did not empty himself of the “form” (morphe) of God (v.6). He did not become something less than God by becoming man. Instead, “he did not regard equality with God a thing to be grasped.” He did not leverage his power but served and gave his life for our sins (Mark 10:45).

The kenosis (in the context of Philippians 2) is “intended to encapsulate for the readers the whole descent of Christ from highest glory to lowest depth” (Moisés Silva, Philippians, WEC).

kenosis as sacrifice and servanthood:

The purpose for mentioning the way Jesus embraced the humble mission as our redeemer is to save us from the just penalty our sins deserve and to provide an example to transform our relationships.

“Do nothing out of selfish ambition or vain conceit. Rather, in humility value others above yourselves, not looking to your own interests but each of you to the interests of the others. In your relationships with one another, have the same mindset as Christ Jesus: Who, being in very nature God, did not consider equality with God something to be used to his own advantage; rather, he made himself nothing by taking the very nature of a servant, being made in human likeness. And being found in appearance as a man, he humbled himself  by becoming obedient to death — even death on a cross! Therefore God exalted him to the highest place and gave him the name that is above every name… (Philippians 2:5-11).

When Jesus Christ humbled himself, he poured himself out for others.

His mission as our redeemer involved his refusal to “grasp hold of” His equality with God in order to serve Himself. He could have easily done this.

When Jesus was arrested and Peter tried to fight, he stopped him and said, “Do you think I cannot call on my Father, and he will at once put at my disposal more than twelve legions of angels?” (Matthew 26:53). He had the power to protect himself from harm and to end his suffering — but he did not use it.

He refused to be grasping and look out for himself. He did not consider it to be below him to become a sin bearing Savior. He didn’t “throw his weight around” when finite creatures defied and abused Him. He gave us the example of true humility.

“Lord, when I think of what Jesus Christ did for me, I am ashamed of how easily I can be grasping and selfish. I want to be like my Savior and live in the amazing freedom of humble love.”

One of the most powerful ways to authenticate the truth of the gospel and make it tangibly plausible to the world is to let the example of Jesus transform our relationships through humble servanthood (see also, Romans 12:10).

What should we say about Jesus?

“Jesus of Nazareth remains the most important individual who has ever lived. Nobody else has had comparable influence over so many nations for so long. Nobody else has so affected art and literature, music and drama. Nobody else can remotely match his record in the liberation, the healing and the education of mankind. Nobody else has such a multitude not only of followers but of worshippers.”

“Our claim, then, is not just that Jesus was one of the great spiritual leaders of the world. It would be hopelessly incongruous to refer to him as ‘Jesus the Great’, comparable to Alexander the Great, Charles the Great, or Napoleon the Great.  Jesus is not ‘the Great’; he is the only. He has no peers, no rivals, and no successors.” Because of his identity as God, Jesus Christ is not to be relegated, like other religious leaders, to history and the history books. He is not dead and gone, finished and fossilized. He is alive and active. He calls us to follow him, and he offers himself to us as our indwelling and transforming Savior” (John R. W. Stott)