Posted on August 8, 2011 by Wisdomforlife 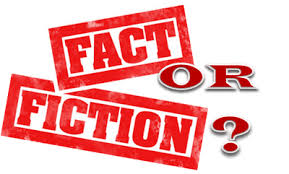 “Some say that we must read Genesis 2-11 in light of other ancient creation myths of the Near Eastern world. Since other cultures were writing myths about events like the creation of the world and the great flood, this view goes, we should recognize that the author of Genesis 2-3 was probably doing the same thing. In this view, the author of Genesis 2-3 was simply recounting a Hebrew version of the myth of creation and flood. He may even have believed that the events did happen, but in that he was merely being a man of his time.” (Tim Keller)

Kenneth Kitchen, the prominent Egyptologist, responded to the charge that the flood narrative of Genesis should be read as “myth” or “proto-history” like the other flood-narratives from other cultures. He said:

“The ancient Near East did not historicize myth (i.e. read it as imaginary “history”). In fact, exactly the reverse is true—there was, rather, a trend to “mythologize” history, to celebrate actual historical events and people in mythological terms.”

“In other words, the evidence is that Near Eastern ‘myths’ did not evolve over time into historical accounts, but rather historical events tended to evolve over time into more mythological stories. Kitchen’s argument is that, if you read Genesis 2-11 in light of how ancient Near Eastern literature worked, you would conclude, if anything, that Genesis 2-11 were ‘high’ accounts, with much compression and figurative language, of events that actually happened. In summary, it looks like a responsible way of reading the text is to interpret Genesis 2-3 as the account of an historical event that really happened.”

Just another worker in God's field.
View all posts by Wisdomforlife →
This entry was posted in Bible, Bible from God, Creation and tagged Genesis, Myth or History. Bookmark the permalink.