A closer look at forgiveness 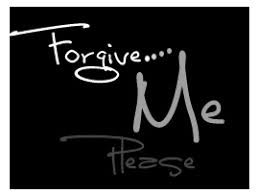 “If you could lick my heart, it would poison you.”

This is how one person described his bitterness toward those who hurt him. Perhaps you’ve been hurt badly enough to feel like your heart has been poisoned.

Perhaps you know someone who is struggling with this kind of painful experience. What do you do with a heart filled with hurt and resentment?

How can we protect our hearts from the poison?

The answer is forgiveness. But this is where many stumble. They know that they need to forgive but feel stuck in bitterness. It seems so much easier for others to tell them to choose forgiveness than for them to forgive.

I believe that many people struggle with forgiveness because they do not know what forgiveness involves. If forgiveness means swallowing hard and letting your offender off the hook or just pretending the offense never occurred, it’s not surprising that we find it difficult to forgive. When people talk about forgiving and forgetting, it just feels like an unrealistic impossibility to those who have suffered?

The alternative is more miserable.

To allow an injury to double into resentment and bitterness only brings deeper misery into our lives. Emotional revenge might feel natural and even justifiable but emotions like anger and resentment only spread injury and pain. They also become a means of giving an offender more control over our lives.

The injury one experiences in choosing anger and bitterness is not only emotional. These emotions are now being linked to physical problems. Researchers are connecting the emotions of unforgiveness with high blood pressure, hypertension, cardiovascular diseases and other illnesses.

A closer look at forgiveness

One reason people have difficulty with forgiveness is that they assume forgiving and reconciling are the same thing. They fail to understand that forgiveness does not require an offended person to immediately restore a broken relationship no matter how seriously it was damaged.

It is possible to forgive an offender without being reconciled to him. In some cases, especially those involving abuse, it’s the only safe option. What must be understood is that forgiveness occurs in the context of a person’s relationship with God apart from contact with her offender.

This is what Jesus meant when he said, “… whenever you stand praying, forgive, if you have anything against anyone; so that your Father also who is in heaven may forgive you your transgressions” (Mark 11:25).

Jesus made forgiveness a non-negotiable part of fellowship with God. The choice to forgive is not dependent on the confession and repentance of the one who offended us. Such confession has to do with reconciliation and restoration of relationship. Forgiveness is a matter of worship and is based on God’s forgiveness of our sins.

God expects forgiven people to forgive and reminds them that they will never forgive another human in proportion to his forgiveness (see: Matthew 18:23-35).

Forgiveness is one thing; reconciliation another

An offender must demonstrate the sincerity of his confession by his attitudes and actions. If, after deeply betraying the relationship, he resents the need for time and demonstration, it may prove that his confession was not genuine. This kind of response will delay the process of restoration.

Sometimes an offender will try to manipulate the person he deeply offended by claiming that her hesitancy to “go back to things as normal” indicates her lack of forgiveness. This offender should be informed that he is confusing forgiveness with reconciliation. His manipulation must not be allowed to work. If the healing of a broken relationship is superficial, it will likely lead to another betrayal.

The depth and nature of a betrayal along with the response of the offender all effect the process and timing of reconciliation.

Learning from one man’s story

A classic example is found in the story of Joseph. Years after his brothers mistreated him and sold him into slavery, Joseph rose to a powerful position of authority in Egypt. From this position, Joseph had opportunity to confront his brothers and they said among themselves, “What if Joseph holds a grudge against us and pays us back for all the wrongs we did to him?”

In fear, they came to Joseph and said that their deceased father had requested that Joseph forgive his brothers the sins and the wrongs they committed in treating him so badly. “Now please forgive the sins of the servants of the God of your father,” they pleaded (Genesis 50: 17).

When their message came to Joseph, he wept. He told his brothers not to fear and then asked, “Am I in the place of God?” Joseph recognized a truth later summarized in the New Testament, “Do not take revenge, my friends, but leave room for the wrath of God, for it is written, ‘It is mine to avenge, I will repay, says the Lord”‘ (Romans 12:19).

Joseph also refused to yield ultimate control of his life to his offenders. He said, “You intended to harm me, but God intended it for good to accomplish the saving of many lives” (Genesis 50:20).

Long before being reunited with his brothers, Joseph settled the matter of forgiveness in the context of his relationship with God. This gave Joseph freedom from the bitterness that poisons the heart and destroys life. Joseph honored God as both final judge and the one in control.

“Forgiveness” as one has written, “does not preclude the enforcement of healthy and natural consequences on the offender.”

Some people “view forgiveness as a cheap avoidance of justice, a plastering over of a wrong, a sentimental make believe. If forgiveness is a whitewashing of wrong, then it is itself wrong” (Lewis Smedes ).

Restoring a broken relationship could involve restitution, a period of detachment, and new boundaries for the relationship. This process will take time in cases involving deep and often repeated offenses.

But genuine forgiveness (in the context of one’s relationship with the forgiving God) causes the process of reconciliation to be restorative rather than retaliatory.

How do you begin reconciliation when you’ve been deeply and perhaps repeatedly hurt by someone? How can you rebuild trust?  The first and most important step is to confirm the genuineness of the apology or repentance. I realize that changes to deeply ingrained patters do not happen overnight. Yet there are some foundational attitudes that are essential to any hope for change. These attitudes flourish in hearts where God has granted repentance and are demonstrated by the seven signs below.

Use these signs carefully and with prayer.

In difficult cases (especially ones involving violence), seek the help of a wise counselor. For genuine reconciliation to occur, you must be as certain as you can of your offender’s repentance—especially in cases involving repeated offenses.

It is hard to truly restore a broken relationship when the offender is unclear about his confession and repentance.

Remember that even God will not grant forgiveness to one who is insincere about his confession and repentance. The person who is unwilling to forsake his sin will not find forgiveness with God (Proverbs 28:13).

Of course, only God can read hearts – we must evaluate actions.

Jesus said, “By their fruit you will recognize them” (Matthew 7:16a). But we must not allow superficial appearances of repentance to control our responses. Displays of tears or “appearing” to be sorry must not be substitutes for clear changes in attitude and behavior.

Understanding that reconciliation is often a process distinct from forgiveness helps people to forgive and frees them from a bitter heart.

See: Forgiveness is one thing; Reconciliation is another:

6 Responses to A closer look at forgiveness