8 dynamics of addiction and a plan for change

Posted on December 29, 2007 by Wisdomforlife 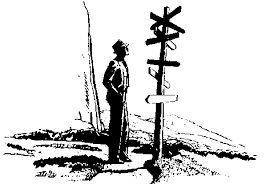 The destructive effects of addiction are not only  significant in the life of the addict, they are also painful to those close to him.

Addictions can leave a trail of shattered lives.

One of the first steps to overcoming a controlling habit is to understand what it is and how it has a hold on you.

Have you given up?

Perhaps you realize that you need to break a controlling behavior, but you have given up the fight. Have you lost all hope for change?

“Mary was overweight. The doctor assured her that the cause was not a physical problem, but was caused by her overeating. She tried several diets over a period of months. This wasn’t easy for her; she unrealistically expected dramatic and immediate results. Repeatedly, she broke her promises to herself. Eventually, discouragement turned to hopelessness, and Mary gave up trying to lose weight” (Erwin Lutzer, How to Say ‘No’ to a Stubborn Habit).

If you’ve accepted failure as a way of life the first change needed is a change of attitude. Change is an impossible path for those who accept defeat.

We are deeply affected by the mindsets we choose. Change must begin in our thinking before it alters our behavior, emotions and appetites.

Lasting change requires daily choices to look at life through the right lens. Defeat is the wrong lens! (see: Philippians 2:3-5; 4:8, 13)

The psalmist prayed, “How can a young man keep his way pure? By living according to your word. … I have hidden your word in my heart that I might not sin against you” (Psalm 119:9-11).

In “How to Say ‘No’ to a Stubborn Habit,” Dr. Erwin Lutzer wrote, “A young man, caught in the grip of homosexuality, struggled with this sin for a period of months. God eventually changed him so radically that he developed normal attractions for the opposite sex.”

“Today he is a godly, sensitive young man. God taught him principles of commitment which he has been able to apply to all areas of his life. He memorized more than 200 verses of scripture during those months of agonizing struggle. His sinful habit drove him to seek God and become intimately acquainted with the Almighty. He began by being occupied with his problem; today he is occupied with his God.”

Although there are no easy solutions for breaking long-established patterns, change is possible. Through patient and persistent application of truth we can break the power of deception and make steady progress.

Setbacks are often part of the struggle, but as Lutzer suggests, “God uses your struggle to give you a thorough housecleaning, reorganize your priorities and make you dependent on His grace … You must want spiritual freedom, not merely for our own sake, but for God’s sake as well.  Only then will you find the victory he promises.”

“Lord, I confess my sin, particularly my rebellion against your authority. In agreeing that I have sinned, I also agree that this sin must be forsaken. Thank you for your forgiveness. I am grateful for this powerful temptation, which gave me the chance to prove that I love you more than any pleasure in the world. I thank you that the temptation is not greater than I can bear, and I rejoice at how you will use it in my life. I look forward to getting to know you better, and I am glad that you have sent me this trial as a reminder of how desperately I need you” (Erwin Lutzer).

See: Role of Scripture in change