Do all religions lead to God? 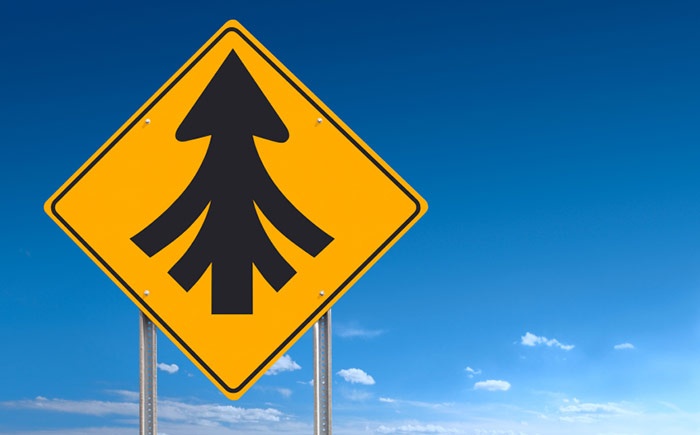 Do all roads from Chicago lead to Atlanta? Do all religions lead to God?

The answer to both questions should be obvious.

Yet when religion is discussed, I am surprised by the number of people who think all religions are basically the same.

Many actually think that the religions of the world are simply different paths to the same God. I’ve even heard people say that the names for deities are just different titles for the same God.

No. Nothing could be further from the truth.

It’s deeply misguided to think that all religions and their deities are the same.

Yes, different religions often have overlapping ideas, but to suggest, for example, that Hindus, Muslims, Buddhists, and Christians share the same major beliefs is misguided.

Some people actually believe that each religion can be considered equally true despite the vast differences they teach.

But how can religions that deny Jesus is God and those that affirm he is God both be right?

A remarkable trend has developed in our nation over the past several decades. We have moved from recognition and respect for the diverse and multicultural makeup of society (which is important), to an insistence that all religions representing this diversity be treated as equally true.

Perhaps people hold these thoughts for fear that allowing any group to claim the truth and try to convert others could lead to the religious imperialism our Founding Fathers refused.

“In the popular mind open-mindedness is no longer connected with a willingness to consider alternative views but with a dogmatic relativizing of all views. It no longer focuses on the virtues of rational discourse among persons of disparate beliefs, as a means to pursuing the truth, but on the conclusions of the discourse. It reflects massive built-in assumptions about the inadmissibility of any religion claiming a truth status above another religion. It forecloses on open-mindedness in the same breath by which it extols the virtues of open-mindedness. Both the irony and the tragedy of this fierce intolerance stem from the fact that it is done in the name of tolerance. It is fundamentalistic dogmatism in the worst sense.” (D. A. Carson, God and Culture)

We may like to believe we are showing respect for our fellow humans by telling them that their religion is as true as anyone else’s, but this is really quite cruel if we are wrong. It could be compared to telling a blind man standing on the edge of a cliff that any way he walks will be equally safe. Why did Jesus speak of a narrow gate that leads to life and a broad road leading to destruction? Why did he say, “I am the way, the truth, and the life, no one comes to the Father but through me” (John 14:6).

Leslie Newbigin offers a compelling summary of the Christian viewpoint.

“If, in fact, it is true that Almighty God, creator and sustainer of all that exists in heaven and on earth, has — at a known time and place in human history — so humbled himself as to become part of our sinful humanity, and to suffer and die a shameful death to take away our sin, and to rise from the dead as the first-fruit of a new creation, if this is a fact, then to affirm it is not arrogance. To remain quiet about it is treason to our fellow human beings. If it is really true, as it is, that ‘the Son of God loved me and gave himself up for me’, how can I agree that this amazing act of matchless grace should merely become part of a syllabus for the ‘comparative study of religions’?”

Just another worker in God's field.
View all posts by Wisdomforlife →
This entry was posted in All religions the same?, Christianity, Diversity, Gospel, Jesus Christ, Philosophy, Religion, Religion-not the answer, Salvation, Tolerance and tagged religions, Salvation, The way to God. Bookmark the permalink.

9 Responses to Do all religions lead to God?