Finding love that lasts a lifetime

Posted on February 28, 2007 by Wisdomforlife

Why do people want to get married? 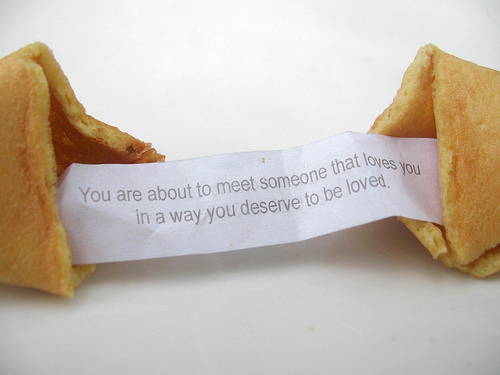 A Great Distinction – Infatuation vs. Genuine falling in love

“Infatuation has been defined as an emotional response to false impressions or mere externals of another that have been overvalued or lusted after. By contrast, genuine falling in love is a spiritual, mental, emotional and physical response to the actual character and total being of another who embodies attributes long sought and admired.” Ed Wheat

Very few marriages begin with this understanding of love.

Perhaps that is partly why over 200,000 marriages each year (in America) don’t reach their third anniversary. If the decision to marry is one of the most important choices of life, why is it made so carelessly? When making other important decisions, we carefully weigh our options, seek counsel and proceed with caution. In other words, we use our heads, and let our heads guide our hearts.

Why don’t people approach marriage with the same thought and caution?

When it comes to love, it appears that we trust our hearts more than we should. The widespread reality of divorce indicates that many are making careless decisions about marriage. Worse yet, people are not learning from their mistakes. Sixty-eight percent of those who remarry within two years of their divorce, experience another divorce. We could spare ourselves much heartache and misery if we were more cautious about the decision to get married.

Impatience about entering marriage also tends to set a pattern for handling marital difficulties. Many are too impatient to cultivate a strong marriage. They want a good marriage without the effort it takes to have one. A nationally respected marriage counselor suggested that the secret to life-long love and companionship is “an iron-willed determination to make it work.” Evidently there is large deficit of determination in our culture.

Many want too much from marriage.

They have unrealistic ideas about marital bliss. They are in love with the idea of being in love but when fantasy meets reality, they become disillusioned. Unfortunately, it takes some people many years and a lot of hurt to see through the cycle of fantasy, disillusionment and divorce.

If two people are genuinely willing, they can turn a bad marriage into a good one. But, in most cases, they need to change their understanding of love and of marriage. This often requires a retracing of the steps that brought them together. Perhaps their relationship (like most) began with high doses of infatuation. I refer to this expression of love as being in love. It’s the emotional side of love and is based on more superficial considerations. Although natural, this dimension always diminishes with time. It simply cannot sustain a meaningful and lasting marriage. This requires a second manifestation of love: behaving in love. This dimension does not depend on feelings but involves a choice to respond in loving  action regardless of feelings.

When husbands and wives choose to behave in the best interest of each other, they often discover that the feelings of love follow their choices and behavior. It is a mistake to either wait for a feeling, or to depend on feelings, for cultivating a healthy and satisfying marriage. Love that is satisfying and lasting is rooted in choice.

This is the kind of love husbands are called to practice.

Christ died for sinners not because they were irresistibly lovable. His love was a sacrificial choice despite the unlovable condition of those he loved.

It was a merciful commitment to unworthy people. This is the love that compelled our Creator to make a way of salvation for sinners like you and me.

Those who desire marriage are wise to be cautious. Here is some advice:

Finally, be sure of this:

If you give your heart to the wrong person, it will be nearly impossible to talk your head out of it—even if it’s a bad relationship. Proceed with caution if you want to find love that lasts.

Just another worker in God's field.
View all posts by Wisdomforlife →
This entry was posted in Choosing a mate, Dating, Decision making, God's Will, Love, Marital Separation, Marriage, Relationships. Bookmark the permalink.

4 Responses to Finding love that lasts a lifetime